(After presenting my Barbara La Marr program for private groups throughout Southern California over the past several months, I'm happy to present a program that is open to the public!)

Silent screen actress Barbara La Marr was a legend in her time, leading an astounding life described by newspapers of the day as "a wilder story than she ever helped to film." Join me on Thursday, May 19 at the El Segundo Public Library in El Segundo, California, as I portray Barbara in a self-authored performance piece, then present a slideshow lecture about her, detailing her oftentimes scandalous life from her humble beginnings to her tragic death at age twenty-nine in 1926. Barbara's banishment from Los Angeles at age seventeen for being "too beautiful"; her notable careers as a dancer, a vaudevillian, a screenwriter, and an actress; her impact upon cinematic history; and her fierce determination to forge her own destiny amid the constant threat of losing it all to scandal and, ultimately, death will be spotlighted.

A question-and-answer session and book signing will follow the performance and lecture (a limited number of books will be available for sale, cash only).

The event, beginning at 6:30 p.m. and roughly an hour and ten minutes long, is being held in the library's Reading Lounge and is FREE to attend. 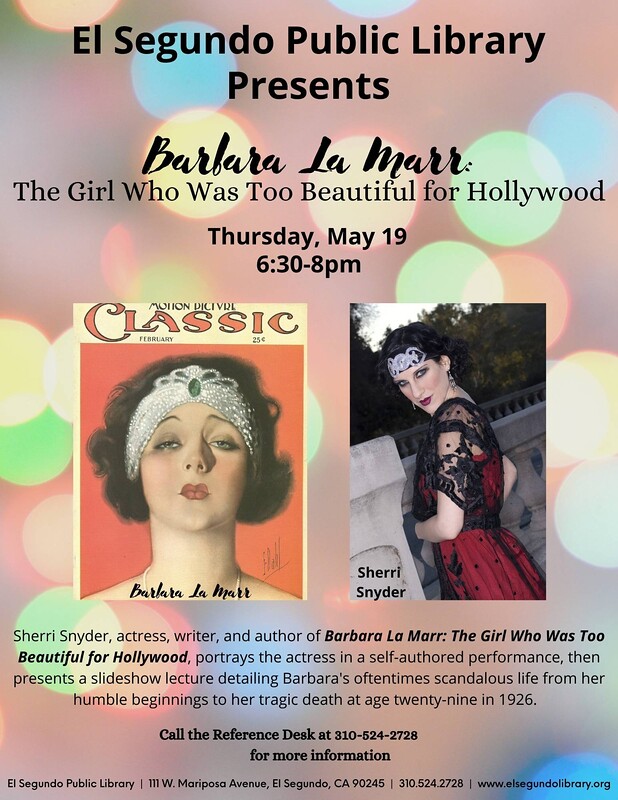 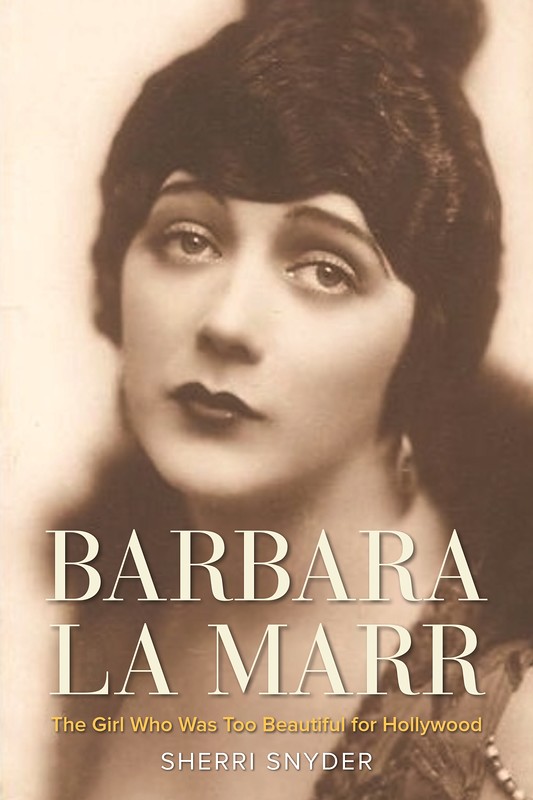